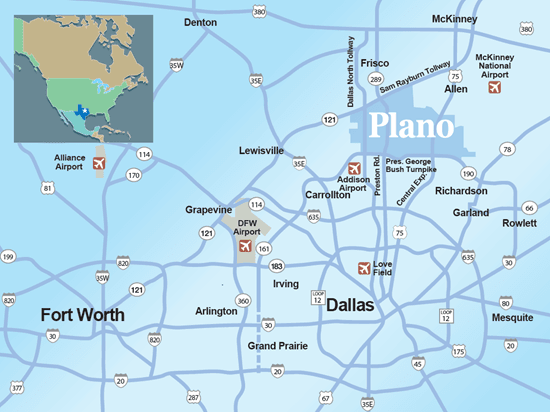 Plano is located in Collin and Denton Counties, approximately 20 miles north of Downtown Dallas. With a population of approximately 288,000, Plano is the ninth most populous city in Texas.  The city is a hub for many corporate headquarters, including three Fortune 1000 companies, and serves as a major employment center in the Dallas-Fort Worth region with over 210,000 jobs. Quality medical care facilities, superior educational opportunities, and excellent recreational and cultural amenities contribute to the quality of life for Plano's citizens.

This page includes information on:

Although there has been no evidence of Native American settlements in Plano, early settlement in the North Texas region likely included the Tonkawa, Wichita, Caddo, and other nomadic tribes.  The first Anglo settlers came as early as 1840 and Downtown Plano emerged as a trade center for nearby farmsteads. Arrival of the railroads in the late 1800s cemented the city's position as a hub commerce and activity.  Officially incorporated in 1873, Plano remained a largely rural community until extension of Central Expressway (US 75) in the late 1950s.

Rapid population growth began in the 1960s with new neighborhoods and shopping centers transforming the city into a suburban community.  Large corporations also began locating their headquarters to Plano in the late 1970s and 1980s, allowing the city to become a major employment hub for the region.  In the early 2000s, Downtown Plano re-emerged as the city's civic and historical core with transit-oriented development (TOD) around the DART Red/Orange Light Rail and the Legacy area became one of the city's first major mixed-use centers.  Today, Plano is mostly developed, shifting its vision to address the needs of a diverse and mature city.

Plano has an increasingly diverse and international population.  Today, over 1 in 4 residents was born outside the United States.  Of those, 65% were born in countries in Asia and 22% were born in Latin American countries.  With this trend, the number of languages spoken at home has also diversified.
Diversity
Infogram
Language
Infogram

After a period of rapid population growth starting in the mid-20th century, Plano's average annual growth peaked in the 1990s at 5.6%, falling to approximately 1% between 2010 and 2019.

Like most of the United States, Plano is experiencing an aging population.  As of 2019, the city's median age is 38.7 years old. 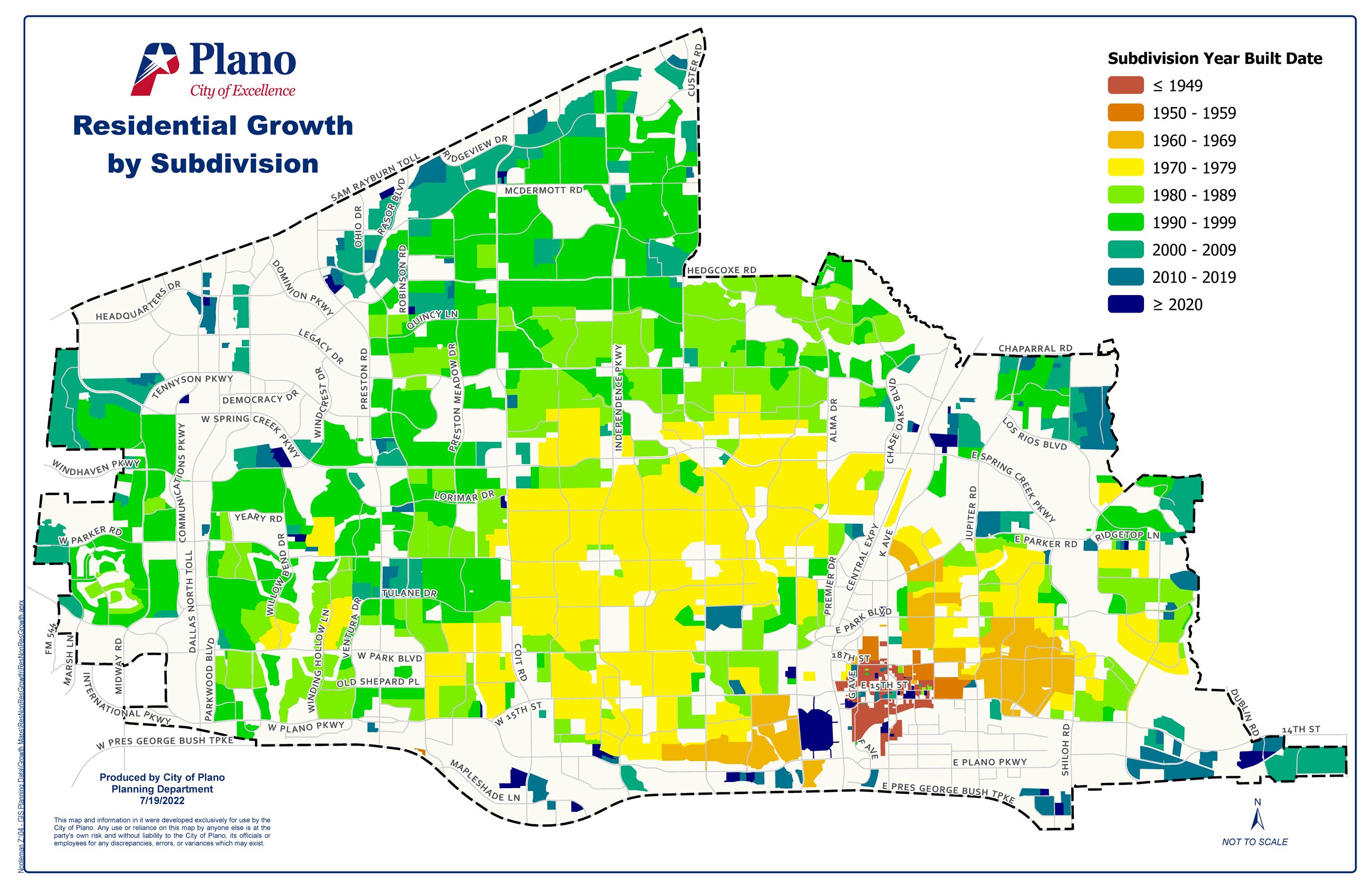 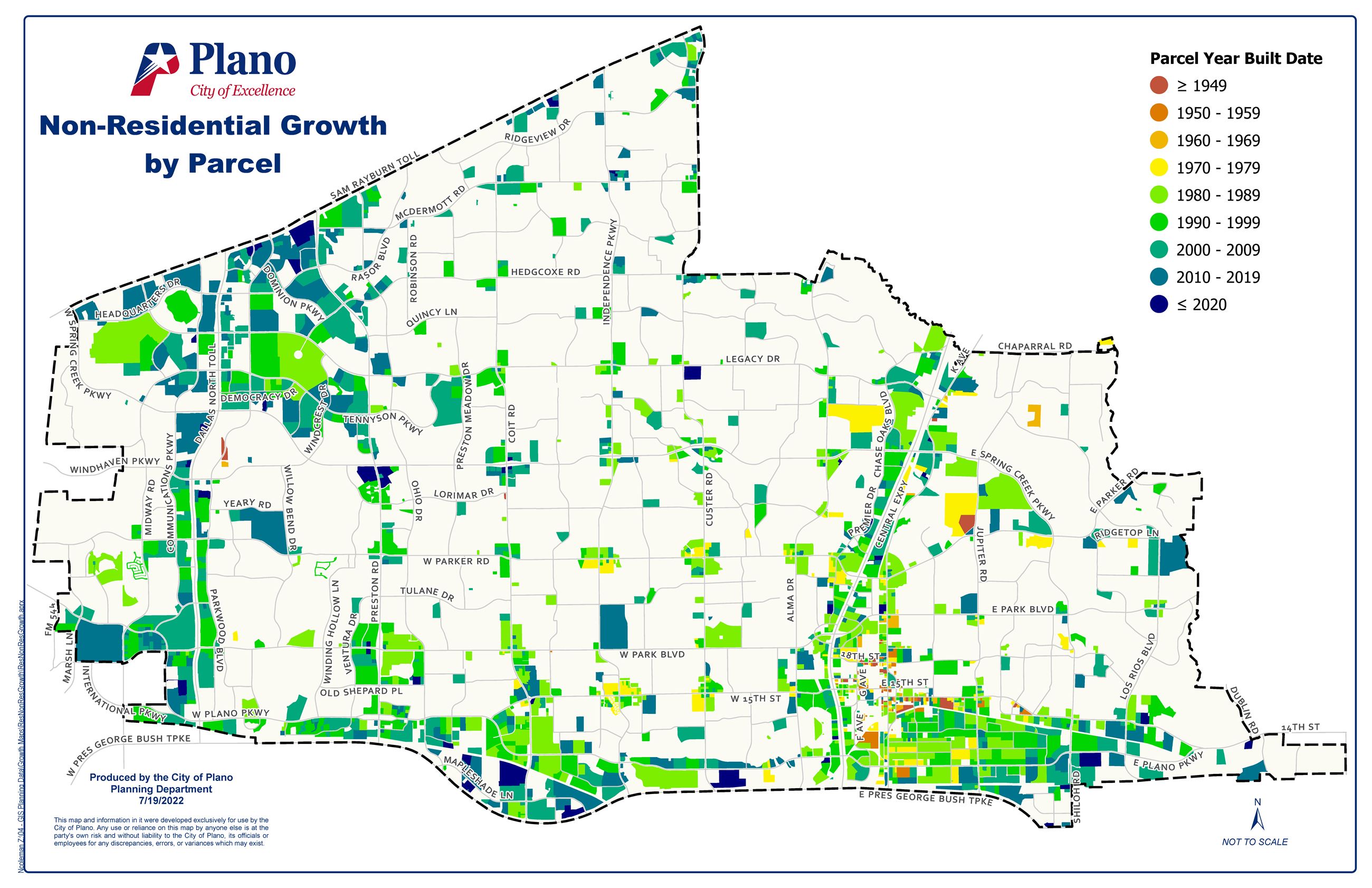 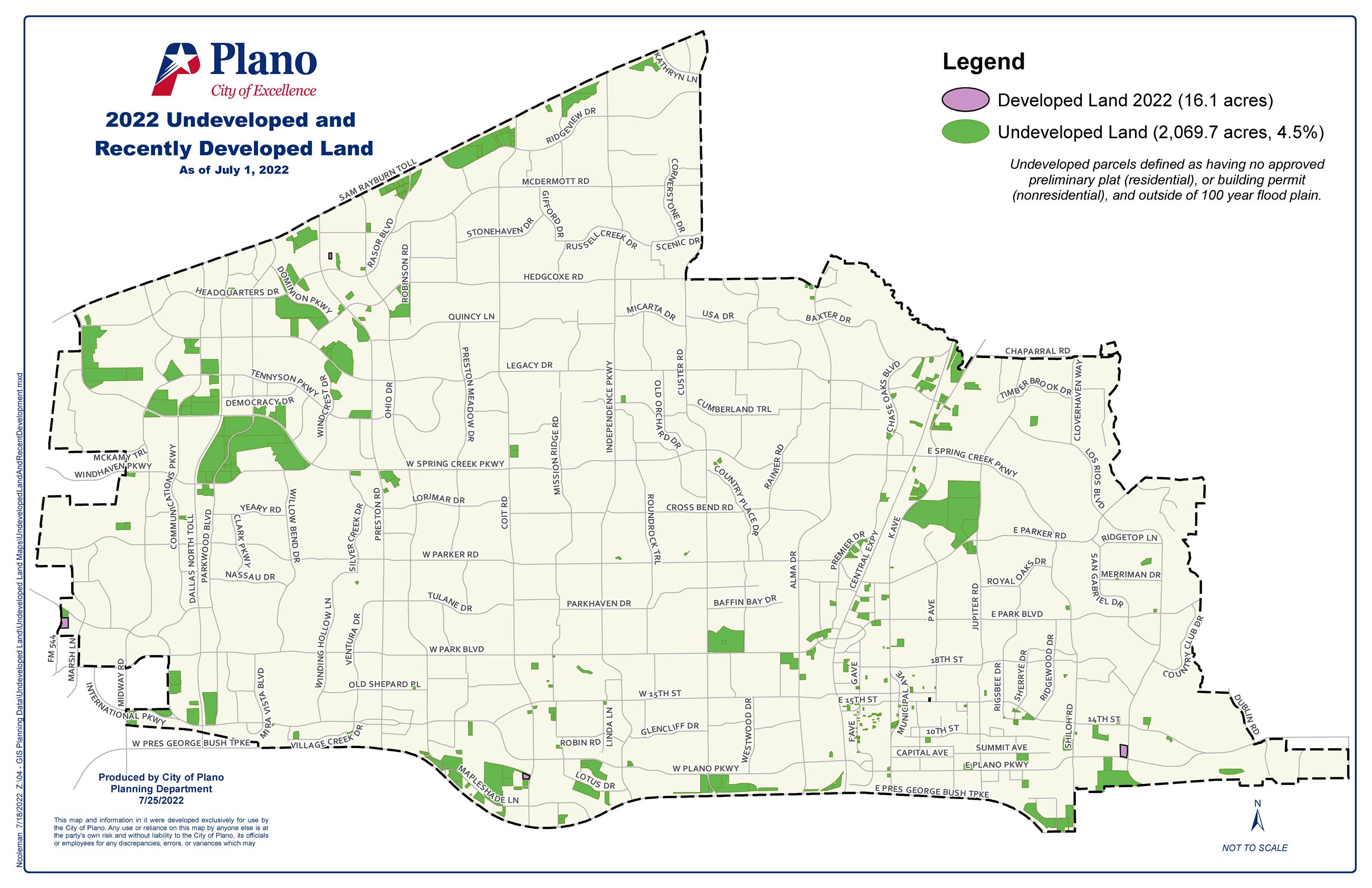